COVID-19 UPDATE: We will continue serving new and existing clients remotely - both through phone and video conferencing. Learn More. 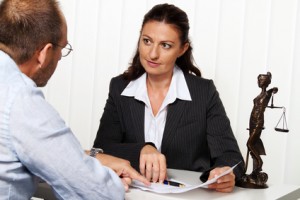 Located in New Jersey, Ocean County is a flat coastal area with a population of over 500,000 residents. It was established in 1850, and it is the fastest growing county in the state. It is home to a number of tourist attractions, including multiple beachfront communities, the protected space of the Pine Barrens, and the infamous Six Flags Amusement park. Water sports are a popular recreational activity. Despite all these wonderful attributes and accolades, as in other areas, many families go through the divorce process and need an Ocean County family law lawyer to help them address the complicated issues that it involves. An experienced divorce attorney at Goldstein Law Group can help ensure that the best interests of you and your child are represented during the marriage dissolution process and afterward.

NJSA 9:2-3 gives New Jersey courts the authority to make orders related to the care and custody of a child of parents who are separating or divorcing. All such orders are based on the court's assessment of what would be in the child's best interests. First, the court makes a temporary order for custody to be in effect as the case is in progress. Usually, the court will seek to continue the child's existing arrangement from prior to the commencement of the litigation if that arrangement is in the child's best interests (i.e.- maintaining the status quo, until a further investigation into the child’s best interest may be conducted). The court later makes an order for permanent custody. Even if you disagree with the court's order, you must abide by the permanent custody order, although it can be modified if a significant change in circumstances happens.

The most common custodial arrangements ordered by the court are joint custody and sole custody, although it is possible for the court to order arrangements that have features of both. With joint (legal) custody, the parents share all decision-making rights and responsibilities related to the child’s medical care, education, religion, and activities. Both parents may share physical (residential) custody, but in some cases, one parent has sole (primary) physical custody and the other has co-parenting time (formerly referred to under it’s politically incorrect label as “visitation”), even though both have the right to make decisions about important matters like where the child goes to school or receives medical treatment. A family law attorney in Ocean County can further explain the complexities of this process.

When sole (legal) custody is ordered, only one parent is responsible for making the major life decisions for the child, and the child lives with that parent. Usually, the non-custodial parent (now known and referred to as the “parent of alternate residence or the “PAR”) will have parenting time and visitation rights. New Jersey courts assume it is in a child's best interests to have equal, continuing contact and guidance from both parents, even if the parents were never married. However, when other specific factors may exist in a a case such as child abuse or domestic violence that has occurred, the parent considered to be a perpetrator may be denied parenting time or only given supervised parenting time, until the allegations may be proven or disproven.

Other relevant factors the court may consider when making parenting arrangements are the parents' express wishes, the parents' willingness to communicate and cooperate, whether there have been problems such as domestic violence that make it unwise to allow parenting time, the parents' history of caring for the child, the child's relationship to each parent and his or her siblings, the fitness of the parents, the parents' abilities to meet the child's needs, the number of children the parents have, and the child's wishes if the child is mature enough and has an informed opinion.

Sometimes, grandparents wish to get involved in the parenting schedule, particularly when one parent gets sole custody with no involvement by the other parent, or one parent passes away. Grandparents in New Jersey may ask the court for visitation with their grandchildren. Over the past years, the pendulum has swung to the other end and, a grandparents’ rights to compel the visitation against the wishes of the child’s natural parent(s) has been significantly constrained based on recent case law. They will need to show visitation is in the best interests of the child by a preponderance of the evidence.

At Goldstein Law Group, our family law lawyers have strong ties to the Ocean County community. Often, divorcing or separating parents want what is best for their children but strongly disagree on what would be in their best interests. One of the most painful aspects of divorce can be the change in how much time each parent can spend with his or her child. We understand how difficult this is, and we work with our clients to procure the most satisfactory arrangement possible under the circumstances. Our main office is located in Metuchen. Many of our clients come from East Brunswick, Manalapan, and Red Bank. Contact our Ocean County family law attorneys at 732-967-6777 or via our online form.

Client Reviews
★★★★★
"It was truly a pleasure to work with Mr. Goldstein and his entire staff. He was extremely professional and followed up in a timely manner. I wouldn't hesitate to recommend him or work with him again in the future." Alison
★★★★★
"Great Job. Thanks for your help and expertise." Terry M.
★★★★★
"When you need a warrior to fight for your rights in family court, I highly recommend Mark Goldstein and his legal team. Two thumbs up! Thx Goldstein Law Group!" Mike
View More
Submit a Law Firm Client Review